Bottlenosed dolphins were riding our bow wave at dawn. The sun was still below the horizon and the mountains of the distant Baja peninsula were etched in salmon pink. The light and the water glowed a soft grey as we gathered on deck to watch the shadowy figures, chasing us, surfing in front of us, arching gracefully out of the water, calling to one another. 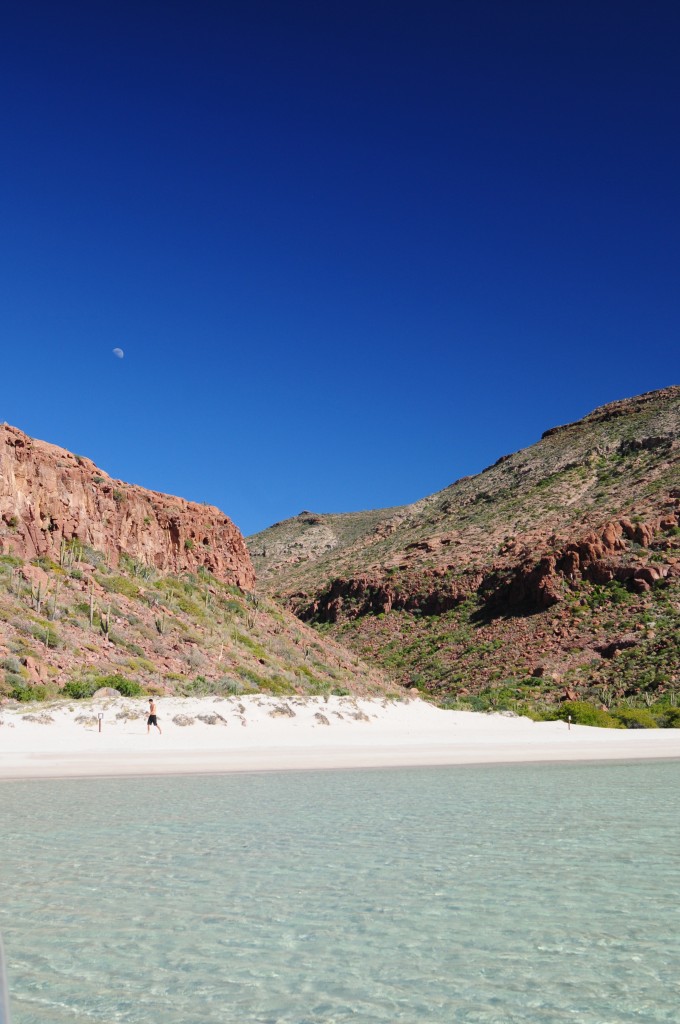 Nature is at its purest in the Sea of Cortez, accurately and thrillingly described by underwater explorer Jacques Cousteau as ‘the world’s aquarium’. My dawn dolphin-watch quickly became a regular activity, clutching a steaming cup of tea on the foredeck, waiting for the first sighting of a dorsal fin breaking the water.

We’d slipped away from La Paz, at the southern end of the long finger of the 800-mile Baja peninsula, in darkness, kissing goodbye to civilisation and a mobile phone signal for a week-long adventure exploring a sea of metallic blue, the horizon studded with spiky green cacti against a backdrop of purple mountains. Un-Cruise Adventures’ Safari Endeavour was our home, a comfortable little expedition ship carrying 86 (although there were only 50 on my cruise).

Read the whole feature, which was published in 2013, in Journeys magazine.