This feature appeared in issue six of Journeys magazine as a result of a visit in January 2014 with Aardvark Safaris.

A herd of zebra is occupying the airstrip. Not ideal when you want to land a plane. The aircraft is approaching, a tiny, white speck glinting in the brilliant blue sky over the terracotta-and-green landscape of Tsavo West, so we bump up and down the runway in our safari 4WD like lunatics, shooing away the herd.

They won’t budge. The pilot spots the action below and goes around for another attempt. He does finally manage to land, the zebra eyeing him moodily from the sidelines, but as we take off, lifting high above the vast expanse of bush, the last thing I see is the van, madly zooming up and down again, our guide still fending off the beasts. 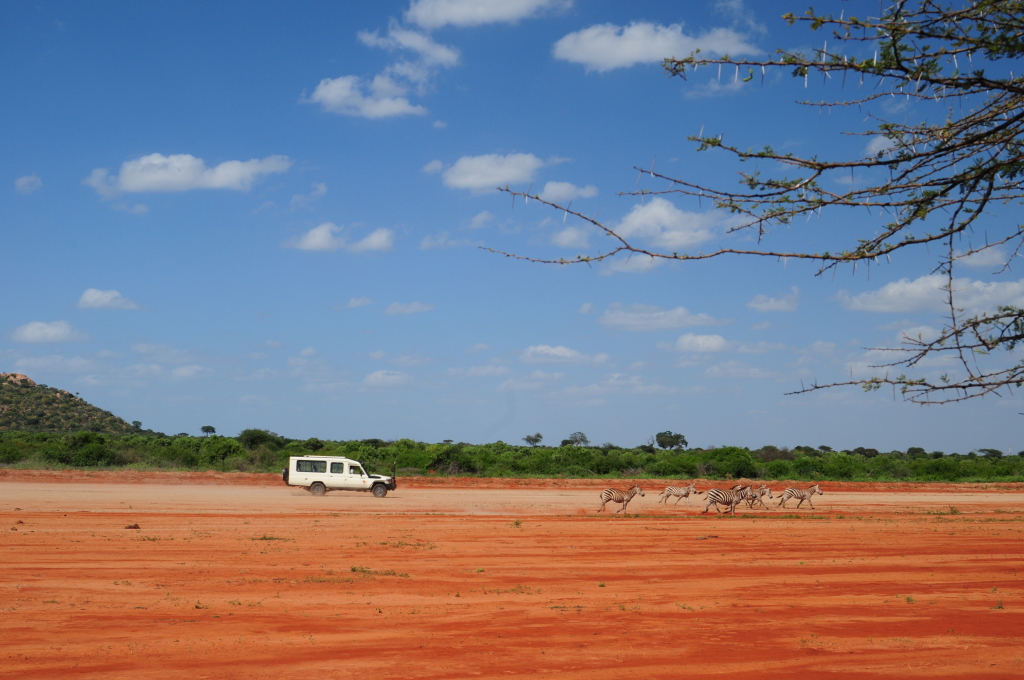 Ushering a herd of zebra off the airstrip

On any safari, you learn to expect the unexpected. A large, blue lizard occupying the bikini I’d left lying around my tent? No problem. One member of our group found a small scorpion in his bathroom and another had rock hyrax snuffling around the bed. We soon learn that this is nothing; Alex Walker, founder of the Serian Camp in the Masai Mara, was due to return to Africa from leave and the worker cleaning his house in preparation found a leopard using Alex’s wardrobe as a nest for her cubs. 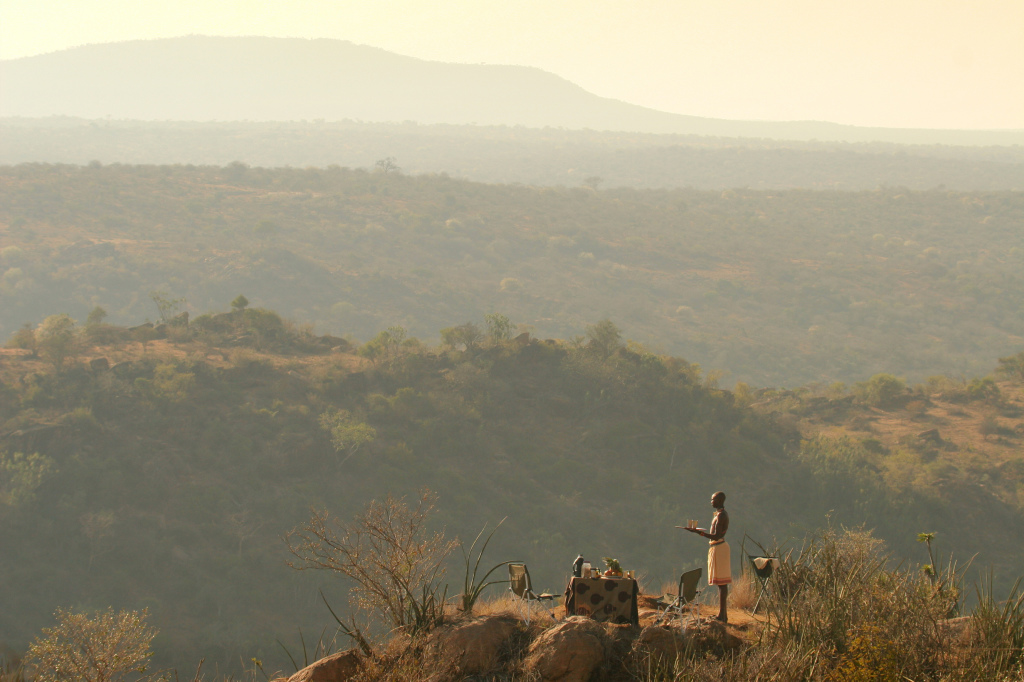 Sundowners in the wilderness
(Image courtesy of Sabuk)

I’ve opted for what you might call ‘rustic chic’ on my journey around Kenya. No sanitized hotels or overcrowded game parks for me; instead, four lodges that are as remote as it’s possible to be, outside the parks in conservancies – private land leased from the local tribes for tourism. I’m also approaching this journey with an open mind. I don’t want my trip to Kenya to be about checking animal sightings off a list. I want it to be about scenery, people, experiences.

Read the rest of the story here.